What is happening to river sediment underneath the ice? Middle school students are helping SILT scientists discover an answer

The SILT team got together in Fairbanks with students from Nenana City School and the Cyberlynx Homeschool program this week to build and install sediment sensors at two locations on the Tanana River. SILT, or Sediment, Ice, & Learning on the Tanana, began in Fall 2022 and is a NSF-funded study that aims to understand how sediment moves down northern rivers during winter months. The project includes an education component, in which middle school students are helping collect sediment data from underneath the river ice in the heart of winter and during river break-up in the spring.

SILT researchers, who include Fresh Eyes on Ice (UAF) scientists as well as scientists from the University of North Carolina and Oregon State University, are working with students from two communities along the Tanana River: Nenana and Fairbanks. This past week, in the first of three workshops, students learned about river sediment, built sensors to monitor that sediment, and helped install the sensors in the river. These sensors - three each near the Nenana Ice Classic Tripod and at Tanana Lakes - will help us understand how sediment is moving (or not!) underneath the ice. 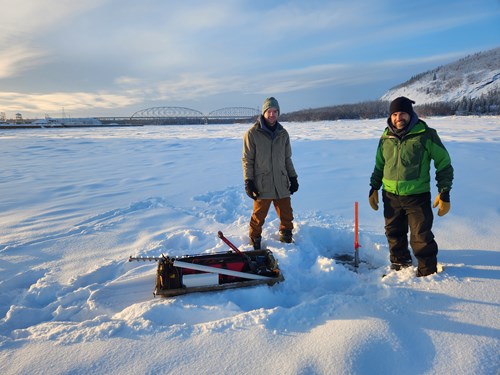 Scientists Tamlin Pavelsky and Ted Langhorst (both University of North Carolina Chapel Hill) show off one of the newly installed sediment sensors in Nenana. (Photo courtesy of Chris Arp)

Students began the workshop by making personal connections to river sediment. Many had memories of getting shoes and feet stuck in liquefied sediment along riverbanks, having difficulty fishing with lures in silty rivers (or using dip nets that fish can’t detect in silty water!), and building drippy sandcastles or having silt fights on warm summer days. All of us have some connection to silt, whether we realize it or not! 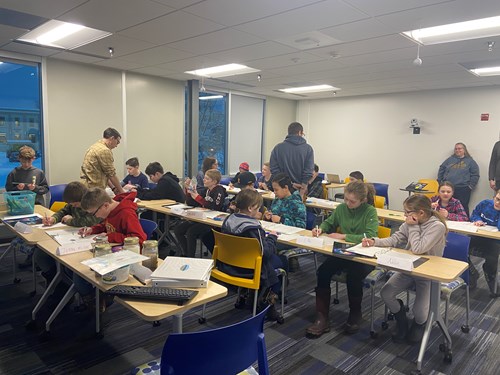 Creating silt stories to share things we know and experiences we have had with silt. (Photo courtesy of Sarah Clement)

The students’ next step was to imagine how they might design a tool to help us measure river sediment - no easy task! They rose to the challenge magnificently, coming up with ideas to filter sediment samples through different types of cloth or netting, or using underwater cameras to record silt flowing by. Scientist Ted, our sensor expert on the SILT project, then demonstrated the sensor that he invented to measure sediment underneath the ice.

Everyone got the chance to help build one of Ted’s sensors with soldering equipment in the Nenana School Shop room and in Dr. Chris's Lab, which was a huge highlight of the workshop! 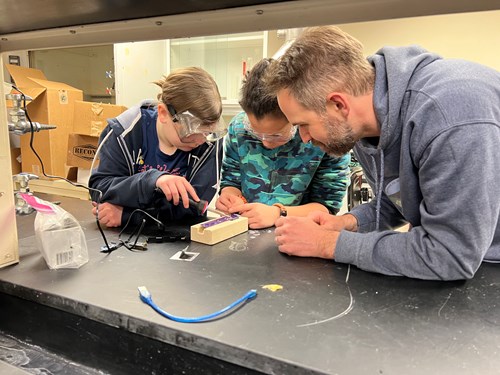 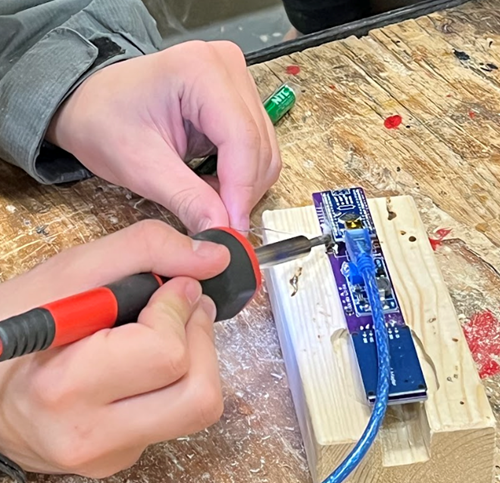 We worked with scientists Emily, Katie, and Sarah to use satellite imagery to investigate where clear water and silty water were visible in the summer. We used the information make some informed guesses on where the silt concentration might be high or low in the Tanana River in both Fairbanks and Nenana, and to decide where to place the sensors. 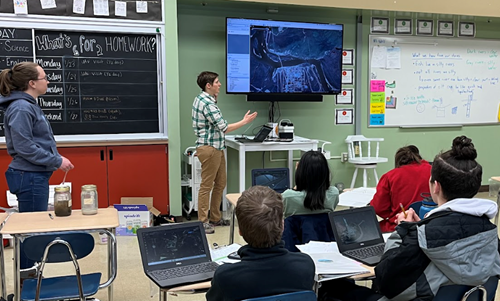 Students developed hypotheses to test with the data from their sensors, asking questions such as:

We ended the workshop by traveling out to the river to install the newly built sensors at the students’ chosen locations. We drilled holes in the ice and installed the sensors using thin metal pipes, which we hope are long enough to avoid becoming encased in ice. 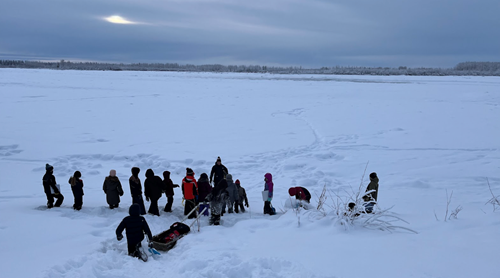 The sensors will collect a data point every 15 minutes for the next month - the students figured out that three sensors would produce over 10,000 data points before we pull them out later this winter!

The SILT team will return in March to extract the sensors and the data, and figure out what it all means with the Nenana City School and CyberLynx students. We can’t wait to see what’s happening underneath the ice! 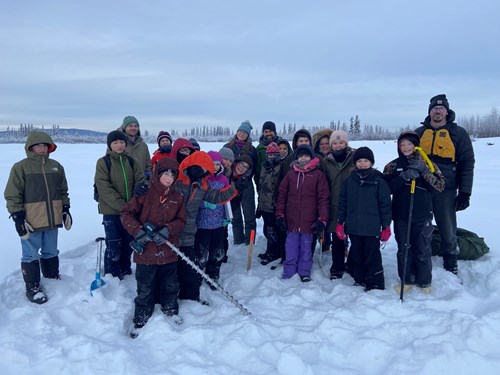 CyberLynx Homeschool students stand near one of their sensors. (Photo courtesy of Sarah Clement)